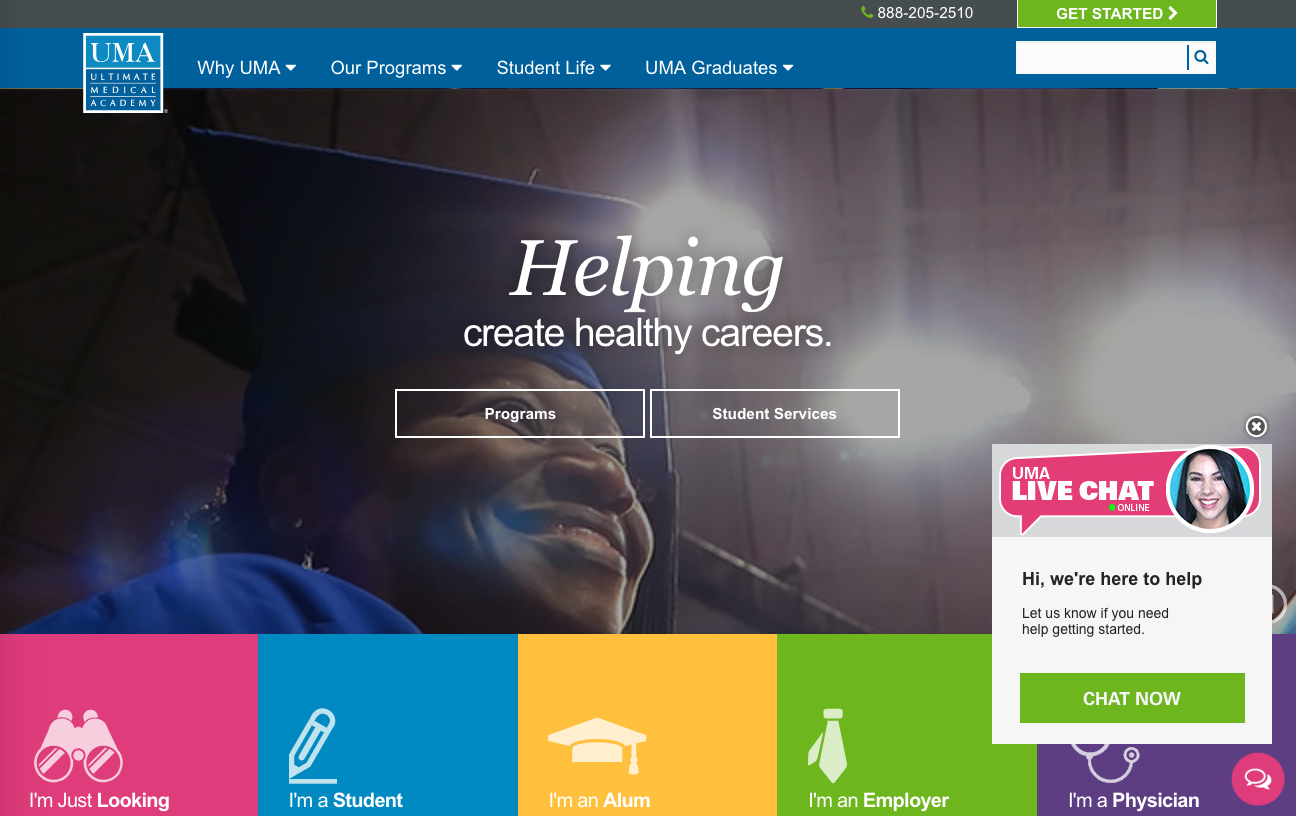 Website relaunch projects don’t have to take a year (or more). In fact, when executed properly by skilled teams, you can rapidly deploy (or redeploy) a new website. Here’s how I recently relaunched the website for my school, Ultimate Medical Academy:

So what worked and what didn’t?

Overall, the prep and collaboration really proved to be the cornerstone of our success. I cannot underscore how important these processes were. It was equally important to have full buy-in from senior leadership and to protect the team from competing priorities/projects.

Of course the team would have liked more time. That would have yielded minimal differences though. Of course more time would allow for more scope, but we’re releasing new features weekly. It was important to launch a new site quickly with a solid foundation, and then focus on additional features. So more time would not necessarily have yielded a higher quality site – just more features. It may have reduced stress a bit, or eliminated a few of the extra days we spent across a couple late nights and weekends. But I have a feeling we would have used those late nights and weekends even if we had more time.

I owe the success of this project to the steering team (especially John Klingler, the project manager for this endeavor.) It was a lean team, that continues to meet to this day looking at new features and specs to make the site even better. They did the hard work and were successful; I’ll bask in the moment of accomplishing a great feat and then jump into the next project “business as usual.”