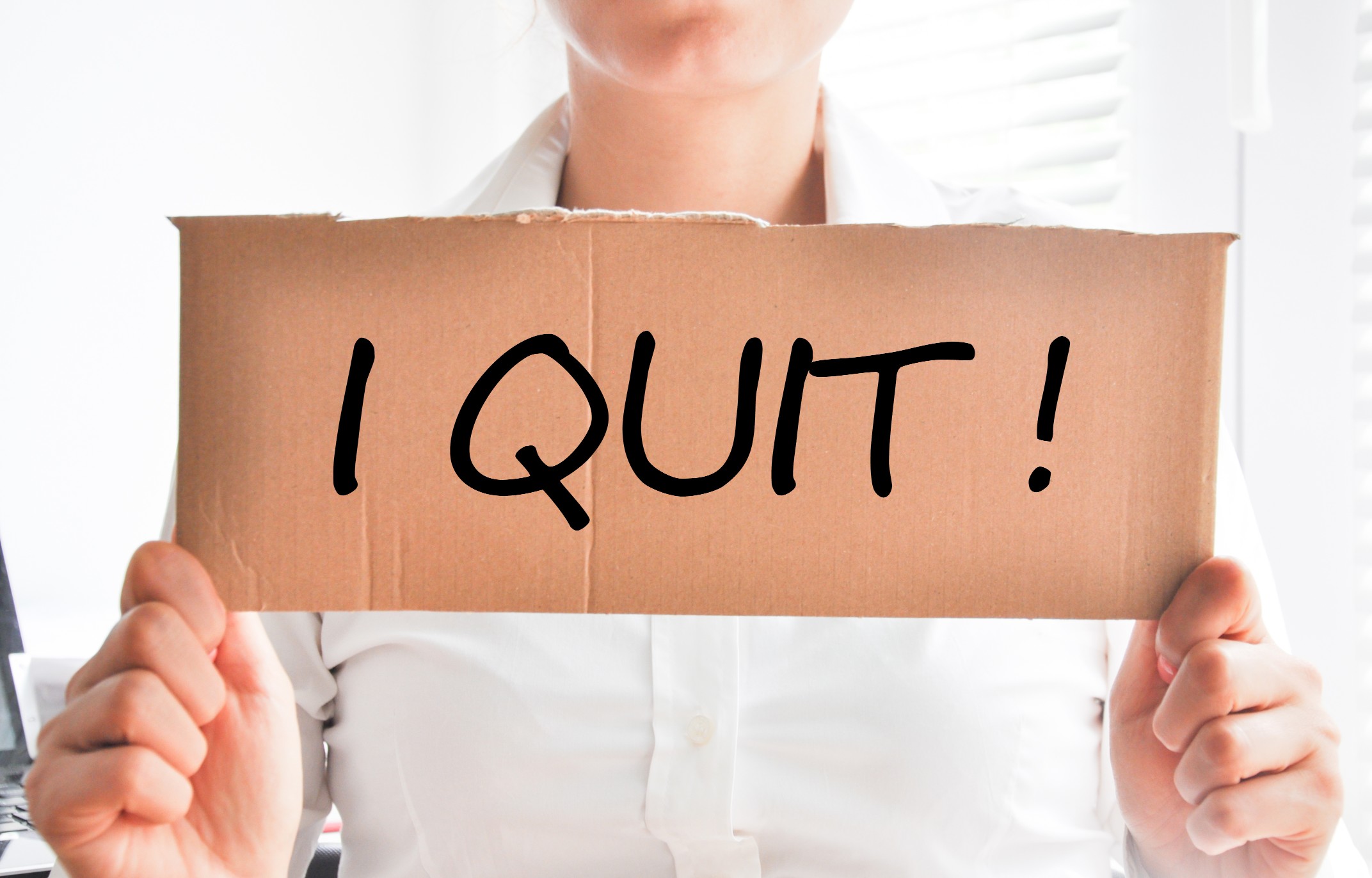 Bernard Marr just penned a brief piece on why not to quit your job. He touches on a few solid points, but I believe he misses a very important one that I’ll opine upon here:

Look in the mirror. It’s you, not your boss.

Sure, we’ve all read the articles about bad bosses, signs your manager stinks, and how to deal with annoying co-workers, but if you’re chronically unhappy, maybe it’s you!

Thinking of jumping ship and quitting? Chances are you’ll run into many of the same things that make you unhappy at your new job. And you’re trading in stability (stable, predictable job and environment) for a large amount of risk.

You DON’T know how happy you’ll be at your new job. You’re making a false assumption that new and different equals better… and that’s a poor assumption, at best.

Leave your job but taking all your bad habits with you won’t result in the change you’re in search of; the change needs come from within you.

My best advice is to drill into what’s making you unhappy at your current job and work hard at reversing that with patience, persistence and a little sweat. It’s not easy, but it’s generally a more risk-adverse path. Young inexperienced employees fall into this trap all the time. They are too scared and timid to approach their boss/co-workers/management to create meaningful dialogue, so they jump ship, only to be back in the position (emotionally) in another year or so.

Changing jobs comes with enormous amounts of risk. The recruiter is luring you away to the new employer and likely is providing you with a filtered view of reality because they want to fill the role. So, they are “selling” you the role. And when you sell, you tend not to highlight the negative stuff. Think back to how you were lured into your current role? Was it mostly puppy dogs and rainbows? Most likely it was. But the underlying issues you are experiencing aren’t necessarily because they didn’t share with you all the details of your current role – or even the negative elements. Changing jobs replaces something you know a lot about (your current job, role, tasks, employer, industry, etc.) with something you know almost nothing about except a recruiter’s pitch and perhaps some public websites. That’s not apples to apples. It’s apples to dynamite. Are you taking this new job for an increase in pay of 15%? Do you earn $70,000 a year? If so, you’re giving up job security for less than $1,000 a month increase. Is it worth it?